The 3rd FEIAP Convention and 23rd General Assembly was organised by Chinese Institute of Engineers (CIE) and Institute of Engineering Education Taiwan (IEET) with the theme of the convention as Contributions of the Engineering Profession to Society and Civilization, focusing on the challenges, current practices and advancement in the engineering profession and its contributions to the society. The Convention also included the four subthemes of Engineering Education, Environmental Engineering and Natural Disaster Support Engineering, which were associated with the Standing Committees of FEIAP.
CIE hosted a welcome reception to the delegates from Australia, China, India, Pakistan, Malaysia, Myanmar, Singapore, Indonesia, Papua New Guinea, USA and Chinese Taipei at the Caesar Hotel, Taipei.
During the Opening Ceremony at the Howard Civil Service International House, Taipei, the President of FEIAP, Academician Dato Prof. Dr. Chuah Hean Teik indicated that this event could be a high profile Convention that could provide a strategic networking platform for the region research and development experts, and academics and technopreneurs in the field of engineering. The Convention would be able to encourage interaction among entrepreneurs which could lead to opportunities of co-operation to develop global and regional strategic area in the scope of economy, technology and environment.
The Convention was declared opened by Mr Chun-Yat Hsu, Minister without Portfolio & Chairperson of Public Construction Commission, Executive Yuan, Taipei on the morning of 5 July 2015. Also present at the opening ceremony was Eng. Marwan Abdelhamid, President of WFEO.
In the two-day program, there were 4 keynotes speakers and 27 paper presentations for the four sessions. FEIAP President, Academician Dato Ir. Prof Dr Chuah Hean Teik, Secretary General of CIE Yen Jia Yush , Er Tan Seng Chuan Immediate Past President of FEIAP, and Chairman of Standing Committee on Natural Disaster, from KPEA, Mr Yoon Sugk Yong were the keynote speakers for the four sessions. The authors from Malaysia, namely Ir. Assoc Prof. Leong Wai Yie, Ir. Dr. Tan Chee Fei and Ir. Choo Kok Wah shared their innovative contribution on Engineering Education, and Natural Disaster Support Engineering. The two days program has provided invaluable resources of information for the brightest engineering minds to interact in technical exchanges, shared personal experiences and networked on related issues concerning Asia and the Pacific region.
The Members of the FEIAP economies were gathered on 7th July for the meetings of the various Standing Committees. The Standing Committee on Environment Engineering chaired by Er Chong Kee Sen of IES, discussed on issues relative to setting-up Green Product Listing on its website. The Standing Committee had completed the Green Product Design Guide for Residential and Non Residential Buildings and these Guides are available in the FEIAP website. The Standing Committee on Engineering Education chaired by Dr John C Li of CIE looked into mentorship training and had embarked on the effort to guide member economy such as Myanmar Engineering Society (MES) and The Institution of Engineers, Papua New Guinea (IEPNG) to attain a status recognized by FEIAP Engineering Education Guidelines which is an equivalent to the accreditation process of Washington Accord. This outcome based engineering education training by FEIAP as Mentors to these two economy had now extended to other economies such as Pakistan Engineers Council (PEC), Association Nation of Engineers, Timor Lester (ANETL) and even for this UNESCO had agreed to finance the mentorship training effort to Cameroon in Africa. Mr MV Murali Reddy, President of The Institution of Engineers, India, (IEI) chaired the Standing Committee on Information and Communication Technology. FEIAP recorded the excellent effort of IEI in updating, financing and maintaining the website. The Natural Disaster and Preparedness Work Group had been upgraded to the status of the Standing Committee and chaired by Mr Sugk-Yong Yoon of Korea Professional Engineers Association (KPEA). Various discussions and strategies were exchanged on initiatives and contributions on issues of preparedness for disaster and mitigation efforts.
The Convention and meetings concluded with the 23rd FEIAP General Assembly.
The General Assembly also accepted The Institution of Engineers, Sri Lanka as a member economy while The Institution of Engineers, Mauritius had requested for suspension of its membership. At the general assembly there were indication that countries in Central Asia were interested to join FEIAP and also countries such as Nigeria, Ghana, Tanzania and Sudan had indicated their interests to be a member of FEIAP if the constitution allowed their membership. The General Assembly had agreed to a careful study of the constitution on this purpose. FEIAP was also looking into the preparation for guidelines for mentorship of technologists and technicians which is the world trend in providing recognitions.
FEIAP was pleased that Prof Dr Cham Tao Soon, nominee of IES, won the Engineers of the Year 2015 award. Prof Dr Cham President Emeritus, Nanyang Technological University (NTU) & Special Advisor, Singapore Institute of Management Governing Council (SIM GC) SINGAPORE; also presented his special lecture on Nanyang Technological University An Entrepreneurial University on 5 July 2015, the night of the award. 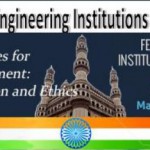 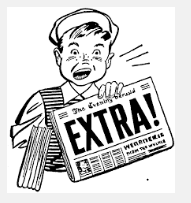 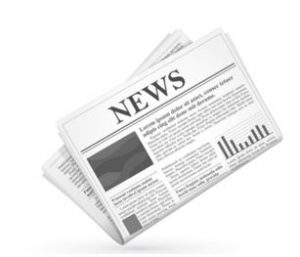 FEIAP T-shirt, cap and lapel pin on sale at USD 30/- per set